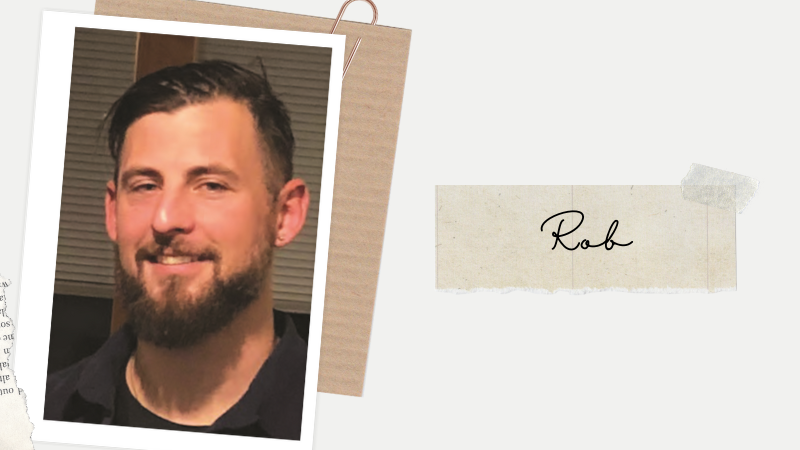 At the core of every hopeless situation is the belief that God is not in control. When you buy into that lie, the only option is to believe you are in control. That’s what I did. I used to think that my addiction was my problem. But it was just a symptom of the problem. God used my addiction to get my attention and change my direction.

When I was 6 years old, out of the blue, I came home from school to find my father had just up and left. He abandoned us, never to be heard from again. My mother went to work, and for the majority of my childhood, I was raised by my grandparents. My grandfather was my best friend; he played with me, coached me and took me to church. He passed away when I was in the 9th grade, after an agonizing struggle with leukemia. His death caused me to grow up way too fast.

Sports were my passion. I excelled in several sports at a young age. I decided to really pursue basketball, which allowed me to go to college. As a promising athlete, it seemed there was no accountability. As long as you perform, there are no consequences, only praise. I didn’t study in college, but I didn’t have to – team tutors did the work for you. I started partying and living on the edge. It caught up with me. I decided to leave college when I received a one-year ban from the NCAA.

At my lowest point, when I felt alone and with no hope, God drew me to Himself. This is when God really intervened, and I made the best decision of my life—I found the Westminster Rescue Mission.

I started my own business at the age of 22. I was still training very hard, playing basketball for hours at a time at local courts where I could find the best competition. Then I was injured, tearing my rotator cuff. After 2 surgeries, I was prescribed opiate painkillers. I remained on them for 2 years. I went to my first detox center and did manage to stay sober for a while. My business began to flourish, but this led to an incredible amount of stress. Around 2012, I was introduced to heroin. My usage quickly escalated. In 2013 I received 3 DUI’s, including an aggravated assault charge while DUI, and my sentence was 2 years in the state penitentiary. Life was hard in there and I saw some things I will never forget.

By May of 2017, I was using again and by July I was addicted again and received another DUI. I went into the worst downward spiral of my life. I had lost all hope and didn’t want to be alive. My lawyer, who was a longtime family friend, begged me to go into a long-term, Christian treatment program.

He said only Jesus can change me. I remember thinking this is not the time I want to hear about Jesus.

In October of 2017, I overdosed badly. My girlfriend found me blue and unconscious at 1 am. The police arrived quickly and administered 3 doses of Narcan to revive me. The officer later told me they thought I was dead. They were giving up. He said, “something saved you tonight.” I went to treatment. That night was my burning bush experience – God got my attention. At my lowest point, when I felt alone and with no hope, God drew me to Himself. This is when God really intervened, and I made the best decision of my life – I found the Westminster Rescue Mission.

The amount of love I have felt here is indescribable. God’s presence is absolutely here daily. The more I sought God, the more He came into my life. I believe I am now walking in the path He is directing. In the past 12 months, I have gone through some tough times – I have lost 2 close friends to overdose. But that has allowed me to gain a passion to remain sober, compelled me to help people, and led me to completely surrender. God continues to show Himself to me – He wants a relationship with me – and He has never let me down.

God first sought me, then He taught me, and now He is walking with me. Now I have hope. I feel blessed and grateful.