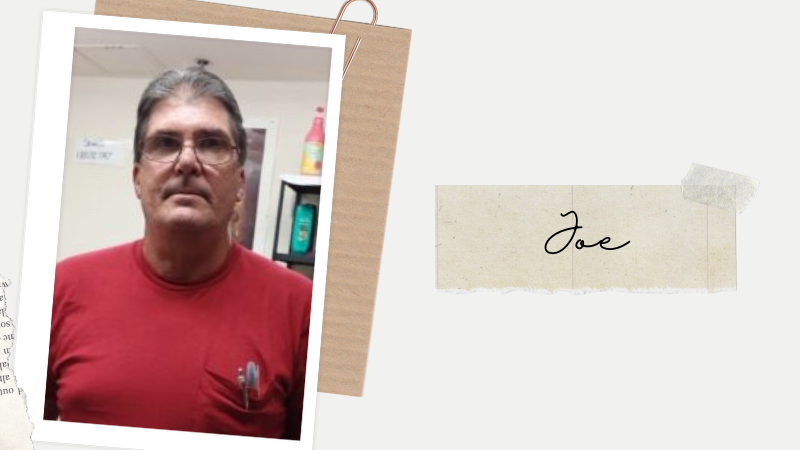 I was born into an alcoholic family. My father would go on a drunken spree 2 or 3 times a year. My mom said he would have a hard time coming off of them. When he did, his boss would let go of the 3 people they hired to cover when he was gone. My dad died when I was 5. I know my mom did the very best she could do raising me, although the father figures in my life all seemed to be alcoholics. I grew up thinking that waiting out in a car for them, or even spending hours on a bar stool drinking sodas was normal stuff.

As I got older, I spent more time with my oldest sister, so I started to do what she did – drink, smoke pot, and hang out with people way older than I was. By the time I was 12 or 13, I was doing a lot of different drugs. When I was in middle school, my mom was dating a painter who was a drunk and I worked for him. Now I found myself back in the bars, but with new rules. He would pay me not to tell my mom.

Around this time, I started selling drugs. I thought I had arrived. I thought money was power. I have spent many years of pain enduring that wrong perception that money is power. The fast lane became normal and so did the consequences for the way I was living. Everything I swore I would not do; I was finding that I would do. Jails, institutions, and overdoses were happening back-to-back. My life was going out of control and sometimes I could see it and sometimes I could not.

Somehow, which I believe to be God, I had the strength to call the Mission. This was on Thursday, February 2, 2017. When I walked up the walkway to enter the Mission, I was scared sick. One question I was asked during the interview was what I want to get from being at the Mission, and I said I didn’t want to die alone. I meant,

I wanted to know God before I die. Since then, my relationship with God has grown and grown. I read the Bible. I’ve learned that I have a conscience. I’ve learned that I’m really not Tough Tony, but I am Marshmallow Joe, and I like that person better. Early on in the Program, I was relieved of a weight I had been carrying when I confessed about an accident I was in once when leaving a bar. This was an “AH HA” moment in my life.